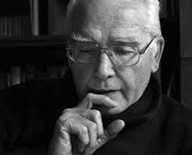 Giacomo Manzoni (1932) began his studies in Messina with Gino Contilli. He later studied at the Milan Conservatory and graduated in Modern Languages from the Bocconi University. He then became editor of musical magazines and in the 1960s was music critic for ‘L’Unità’.

He taught at the conservatories of Bologna and Milan from 1962 and 1991 and subsequently at the Music School in Fiesole from 1988 to 2003. He has given seminars and held courses in Granada, Buenos Aires, San Marino, Tokyo, Beijing, Vancouver, Paris, Santiago and Pescara.

Maderna, Markowski, Pollini, Abbado, Muti, Bour, Bertini, Svoboda, and Bob Wilson are among the musicians who have performed his works.

In 1986 his composition Dedica won the ‘Premio Abbiati’ awarded by critics to the most innovative composition in Italy. He was awarded the ‘Omaggio a M. Mila’ prize for teaching in 1991, the Leone D’Oro for his career in 2007 during the Biennale della  Musica di Venezia, and the Principe Gesualdo prize in 2013 for music. In 2016 Daniele Lombardi wrote a book about him ‘Pensare attraverso il suono’ (‘Thinking through sound’), published by Mudima, Milan.