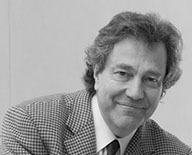 Among his more recent outstanding performances are the musical direction of LA BOHÈME during the “Quincena Musical Donostiarra” in a Davide Livermore production (“The orchestra was a big surprise: full of colour and passion, with evident sense of Puccini’ s operatic world”. Mikel Chamizo: GARA); a new double presence at the Biennale di Venezia conducting the Euskadi Symphonic Orchestra, (“The success was as warm as the excelent performances under Encinar batton the orchestra deserves.”Paolo Petazzi.); the perfomance conducting the Florence Opera Orchestra during Maggio Musicale Fiorentino 2016, and the musical direction of DOS DELIRIOS, scenic work by Alfredo Aracil in a new coproduction between the Madrid Teatro Real and Teatros del Canal, (“The orchestral ensemble played perfectly all over the performance under the Encinar clear batton “. Arturo Reverter), as well as his continous collaboration with the Orquesta y Coro de la Comunidad de Madrid as Honorary Conductor. (“Schubert Unfinished Symphony was performanced far away from a sweeted way, sung as it deserves, plain of contrasts and powerfull when it was necessary”. Jose Antonio Garcia y Garcia: Scherzo Magazine).
Interested on Art & Culture spreading, Encinar devotes a great attention to specific projects, new artistic events, creating pocket shows mainly musical but having an important presence of other kind of elements as poetry and dramatic playing, where theatrical and audiovisual meanings have his own role. As an example we can quote a three events cycle under the common title of A YESTERDAY WORLD (“Berlin and Paris with Florence in background”, “Du bord d’ abîme”, “Une soirée chez la Princesse de Polignac”), sponsored by the BBVA Foundation and presented at Teatros del Canal, Madrid, during the 2015/16 season.

“The rigorous artist that Encinar is does’nt allow a minimum relax, music is prepared and performed with every detail accurated, concepts are perfectly developped, texts in programm are complete and exhausted. In addition. As a ceremonial master, he disposes and sets all the elements with exact precision and added to the excellent level of his artistic collaborators, we could speak about a one-man-show, a figure really unaccostumed in Classical Music area.” (Jorge Fernåndez Guerra. DOCE NOTAS).

On this same way we refer to the show upon argentinian writer Julio Cortazar and his relation with Jazz world (CORTAZAEDRO, accessible at CANAL.march: www.march.es) and a couple of events related to spanish poets of the Republic Generation.